A Fully-Assembled Greenhouse That Is Ready For Use

A prebuilt greenhouse comes fully assembled and ready for use. This type of structure will provide adequate growing conditions for vegetables, fruits, and flowering/non-flowering plant varieties.

Growing plants outdoors could result in inconsistent growth patterns or damage to some of the crops. Inconsistent weather patterns and wildlife threats could make it difficult to attain the crop yield that was initially planned. A prebuilt greenhouse contains structural support beams and polycarbonate panels. The weighted design of a greenhouse will prevent the structure from tipping over.

An assembled greenhouse may contain built-in benches. Potting benches will allow planting to be performed at an elevated height. Each bench will support a series of crops. Due to the even design layout of the side and ceiling panels within a greenhouse, crops will receive a consistent amount of sunlight each day. The thermal properties of a greenhouse will aid in maintaining the building's interior temperature.

Many climates do not support year-round crop growth. Long winters and frozen precipitation may make growing conditions unfavorable. With the use of an assembled greenhouse, crops can be grown during much of the seasons of the year. This benefit will allow a hobby gardener to attain a bounty of fresh fruits and vegetables on a consistent basis. A person who grows crops for profit may see an increase in sales, due to being able to yield more crops than they were previously able to.

Although a greenhouse will contain many panels that will allow sunlight to filter through, artificial lighting can also be used. If someone lives in a region that experiences a lot of rain, the use of artificial lighting will ensure that plants receive ample light each day. Many assembled greenhouse models come with electrical hookups. Lighting can be anchored to the ceiling or the walls that comprise the inside of a greenhouse.

Many inferior greenhouse models may contain flimsy support materials. A fully-assembled greenhouse that contains treated wood will prevent structural materials from rotting. This type of greenhouse may feature large beams that rest along the underside of a greenhouse.

These beams will ultimately lay directly on the ground. Because the treated coating will not allow moisture or insects to penetrate the wood, the support materials will remain intact for an unlimited amount of growing seasons. Some greenhouse styles feature a pitched rooftop. A pitched rooftop will prevent snow or ice accumulation, which will ultimately result in less upkeep of a greenhouse.

For more information on the benefits of assembled greenhouses, contact a company near you. 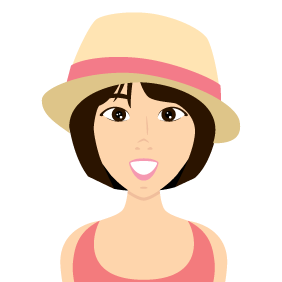 For most of my life, I thought a shovel was a shovel. It was not until I decided to use an acre of my land for a garden that I learned there is more than one type. Imagine my surprise when I walked into the local feed store and say a display of eight different kinds! I quickly learned that each type is designed for certain purposes. Some are ideal for digging holes while others are great for making trenches in between rows. There are even some shovels that are perfect for scooping and spreading mulch or loading up dead plants. If you are just getting started with your first garden, it pays to learn what implements are right for which job. Let me share my experience, and you will spend less time trying to figure out what type of shovel or hoe you need.